Herman van Bergen is a versatile visual artist, who resides on the Dutch Caribbean island of Curaçao. His work invites viewers to recognize the beauty in what is usually deemed ugly. His paintings, sculptures and installations are directed at finding the unfamiliar, the mystical, in the ordinary. In 2016, Van Bergen received the Cola Debrot Award, the single most important cultural award in Curaçao. With the award he was honored for his contribution to art development, education and awareness on the island.

The Cathedral of Thorns is a new milestone in Herman van Bergen’s career. The multidisciplinary artist is known for his watercolors and oil paintings, but especially for his ‘sumpiña’ (thorn) art, nominated in 2003 for the Curaçao Innovation Prize. His sculptures and lamps made of thorns create unique atmospheres in dozens of homes, offices and public buildings and they have often been selected for prestigious art exhibitions in Curaçao, the Caribbean, South America, the US and Europe.

In 2012 the sumpiña sculpture ‘El Indjan’ was displayed at the Art Prize exhibition in the US State of Michigan and in February of 2013 Landhuis Bloemhof featured Van Bergen’s sculpture ‘Harvest’. At the end of 2013, ‘Islas Inutiles’ attracted a lot of attention during the exhibition Tropical Kingdom at Museum De Fundatie. Van Bergen created the official gift for King Willem Alexander and Queen Máxima, which he handed to the Royal couple during their visit in November 2013: the sumpiña sculpture ‘The Kiss’. In 2016, Van Bergen won the Cola Debrot Award for his entire oeuvre as an artist. For that occasion, the overview exhibition Earth Link was created. 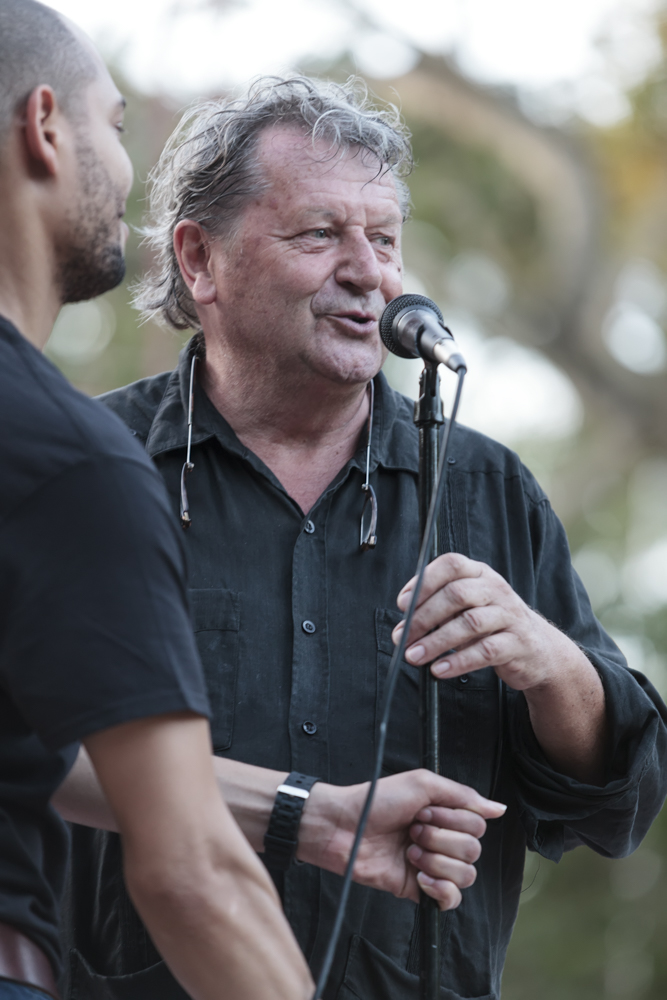